when you have rocketdock

How to replace tutorial
rocketdock
REMOVE TASKBAR LINK Download it – 20 kb .exe file that enables you to easily hide or unhide the taskbar without manually editing the registry.

To add log off/shutdow buttons you make a shortcut to shutdown.exe and add certain switches.

Examples:
Shutdown [shutdown.exe -s -t 0]
Restart [shutdown.exe -r -t 0]
Logoff [logoff.exe] OR [shutdown -l -t 0]
You can add the -f switch to the end of them you you don’t get the “Program not responding” End Now button.

here are the next two anime series ill be watching over the next couple of weeks… so here are some trailers …ill post a review of them as i finish each series. 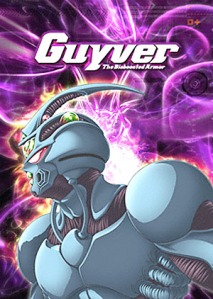 This is the first Anime Tv series I have decided to write about so enjoy.

secretive multinational Chronos Corporation has been experimenting with bioweapons. Their main product so far has been Zoanoids, bestial creatures who can disguise themselves as humans, but the height of their development efforts are three Guyver Units, living suits of armor which bond with a subject and give him fantastic fighting capabilities, ones good enough to stand up to even the toughest Zoanoids.

Guyver, whose source manga was originally serialized starting in 1985, is one of the earlier anime/manga examples of both concepts. It was popular enough to spawn a 1986 anime movie, a 12-episode OVA series that ran in 1989-1990 and 1992, and a pair of cheesy live-action American adaptations most notable for starring Mark Hamill.

These series generally take one of two basic approaches: either the hero is a good guy looking for direction or a delinquent with mad fighting skills but a heart of gold. Guyver opts for the former, and adds to it typical elements like the accidental encounter with the armor, the evil multinational corporation out to recover it (and keep their secrets) at any cost, the best friend who’s privy to his secret, the fellow student who knows more about the situation than he lets on, and the oblivious love interest, who in Sho’s (main character) case is Mizuki, the younger sister of his best friend Tetsuro.

On the Bad Guy side we have the standard “regional director in danger of losing his job/life if the special equipment can’t be recovered” configuration, with the “big boss” ultimately stepping in, although the one minor surprise here is that he becomes directly involved so early. Guyver was itself the inspiration for other anime series about individuals in powered armor battling monsters disguised as humans, as many parallels can be drawn between it and Bubblegum Crisis, among many others. It will appeal to action junkies and fans of earlier incarnations, but probably will not find an audience beyond those groups. 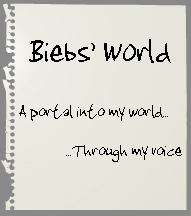 some of you might have read my problem with my Seagate HD exploding and causeing a fire in my computer case. Well i was able to get it replaced they replaced it with a new HD that started to fail 3 days after i installed i have one thing to say …WTF!?

thats two drives now Dead from seagate and they wont refund my money they will only replace it … i seriously doubt i will ever get a working drive. this one they are replacing i will not hold my breath when i get it ill prolly have to RMA it again .. also i just learned segate bought maxtor …. this is sad now maxtor is going to suck. im only going to be buying Western digital from now on.

I havnt been sleeping well lately. not sure why maybe its just my body try to re adapt its self to my bed since i havnt slept in a real bed for almost 2 months.

as you have notice ive been doing “reviews” of some stuff ive been using to occupy my time. its been entertaining to do these with matt doing his N64 stuff it got me thinking there has got to be somthing i can do then it hit me i watch alot of anime series/movies why not write about them ive got tons of stuff.

so ive been occuping my time going through my collection of stuff. 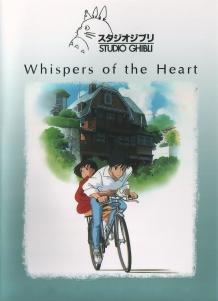 Whisper of the Heart (english
耳をすませば

For one of Miyazaki’s rarer works, this still shows him to be the undisputed animator in the entire world! It contains no violence, no action, no profanity. I wouldn’t really call it a love story. True there are elements of an elementary school ‘crush’ but the story is more about finding one’s place in life. The main character struggles to define a future for herself, while at the same time she finds a boy who has his all planned out ahead. There are so many things to enjoy about this film, from Shizuku’s rendition of Country Roads to the beautiful surroundings she finds herself in. 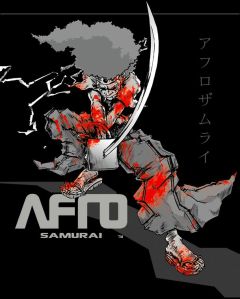 Afro Samurai will stay in my collection, a samurai saga that has more than a touch of being made just right for die-hard fans of blood-drenched anime. The story is basically his father is killed by a man called “Justice”, this leads him on a journey of vengeance. Yes quite a cliché story, some science fiction to a degree, or at least futuristic in scope, mixing feudal Japan with crafty cyborgs and robots and other technology thrown in. It’s not anything exactly masterpiece-like, and after a few episodes it does come close to being a little tiresome in seeing Afro, who has little-to-no personality on his quest to achieve something higher.

Overall then, not for everyone’s tastes but in targeting its audience it is as ruthlessly efficient as Afro Samurai himself. Stylish, bloody, brooding and with an overall air of effortless cool, it is a fine series that I enjoyed. Put it this way, if you like the sound of it then you will almost certainly like it – it is that good at what it does.