The game feels like a mix of several space themed games such as EVE, freelancer, many more have been used to describe this game and Minecraft.

There’s a huge universe where you can fly in spaceships you build or if an admin of a multiplayer server has added ships to the catalog you can buy them. All around the universe there are planets, asteroids and NPC’s. Also trade hubs.

You start the game with 25000 money in the inventory, and that money is enough to build a very basic ship. The spaceship system is modular, let you build systems with thrusters, weapons, mining beams, missiles arrays. Apparently there’s no limit to what you can build. So if you want to create a 1:1 copy of the Dead Star, you can. These modules are cubes, so the graphics are very similar to minecraft. The planets also are very similar to minecraft, are circles of terrain inside an atmosphere. There’s multiples biomes for planets, different blocks have different prices.

I think the thing that just completely blows me away is how you can design and construct your very own spaceship and travel across the galaxy with your very own crew made up of real-life people.

While the videos so far have focused on the hipster indie stuff, take into account that the game has a massive array of action-packed sci-fi adventures awaiting you as well. That’s right, you can do more than just go planet hopping and building up the spacecraft of your dreams. You can create AI that are friendly or foes; you can group up and attack space stations because that’s just how you roll; you can fight it out, duke it out or fly it out like a space jockey with no skills to spare for tomorrow.

Some of the things that you can currently do in StarMade:

So here we have Zhaitan, Mr. Elder Dragon of Orr. According to the developers, this fellow Is just an ANT to him. Zhaitan would be 20 times his size. Their exact words even:

And then we get this concept art for him:

he’s about half the size he should’ve been…that’s my biggest disappointment. Jormag’s tooth is bigger than Zhaitan’s head, Zhaitan being the dragon who is made out of other dragons. Everything leading up to the Zhaitan fight was fantastic and had me on the edge of my seat. Surely the actual fight must be incredible? But when we actually got to fight Zhaitan it was incredibly anti-climatic and boring.

The fight consists of fighting waves of adds while the all powerful, primordial god dragon sits there looking at you with a stern glare. the main reason why the fight is so anti-climmatic, is because WE DON’T FIGHT HIM. He flies around the gunship, spewing lots of minions at you, you kill them, and he spews more. Eventually there’s a cinematic of him being wounded by the ship’s cannon,then after a few more lobbing of mobs. UPDATE: Matt pointed out in the comments below “the ghost busters shoot him, but unfortunately forget to cross the streams so they don’t finish him off….” he lands and grabs onto a big tower, and basically sits there and stares at you while more minions spawn. I don’t mind the dungeon being easy; it’s story mode. It’s not meant to be incredible difficult. But all that build up for that?

How I pictured the fight being:
Lets rewind to when we hit Zhaitan with the mega laser and go from there. Hitting zhaitan with the laser would have made him start to fall from the sky. He would grab onto the side of the ship with his hand and pull himself onto the front of the ship with his head and wings being the only thing above the ship his hands would be holding onto the sides of the ship behind the wing) The players would then have to run up and fight Zhaitan’s tentacle-mouth-head-things. The heads could have some mechanic that makes one grab hold of a party member and deal damage to them and everyone in the party would have to switch targets and hit it to free him. When a head is defeated it could be sucked back in. and would lower the damage the party is taking as a result… His wings could also shoot projectiles that explode in an AoE. The entire time you’re fighting Zhaitan’s tentacles and the adds he’s spawning the mega laser would be charging up. Once the laser is fully charged it would fire at Zhaitan’s head and knock him off the ship.

He would then enter a flying mode where he flys by the side of the ship (Its random which side he comes by each time and he can come from the back or from the front) firing some undead projectiles at the ship. The players have to then shoot the projectiles with the cannons before the projectiles hit the cannon. If one of the projectiles hit a cannon it would break the cannon and spawn adds. You would then have to protect an engineer from the adds while they fix the cannon. After a certain amount of times he’s flown by (say 3 for example) he will fly up by the ship and the players will have to shoot at his wings to damage him.They’ll be able to do this for a certain amount of time before he flys off and starts shooting projectiles again. After he reaches a certain HP his wings will turn red (like they did in the current version) and he will fall once more. after this he cant fly so he climbs up the spire and thats when you should then start bombarding him with canon fire.

Oh well, at least the rest of the game is incredible. Though as i sit here and write this i’ve looked back and answered a few things that softens the blow a bit but not really: 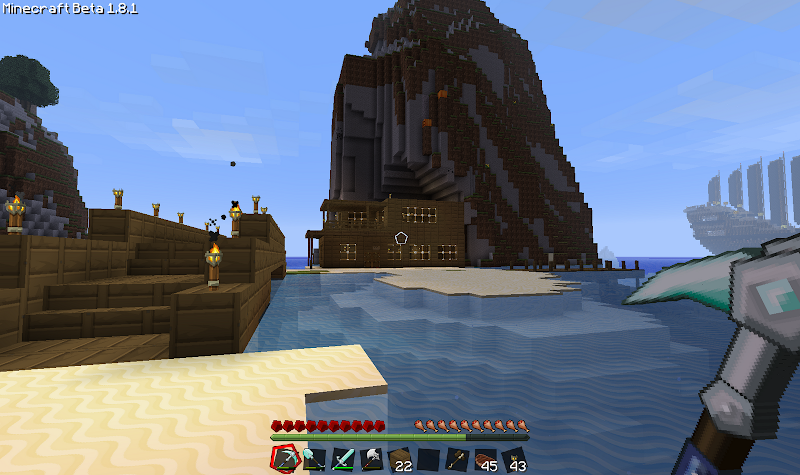 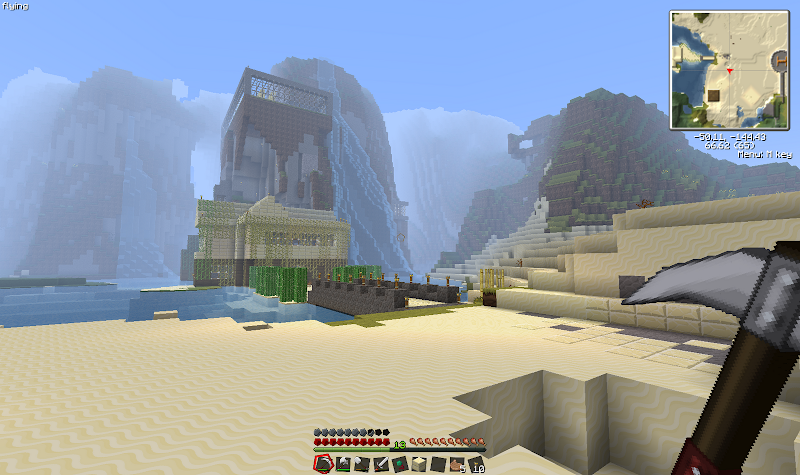 well i’ve been busy with a lot or things lately and not one step closer to getting my store launched.  couple of things i have been interviewed for a couple of different positions with in the company i work for so i’m waiting to hear back. one of them i know i’m going to be having a 2nd interview for the systems developer position.

also i’ve been designing business cards. i’ve already had one design bought, nice to have some extra cash coming in, and a possible 2nd source of income if i can get enough clients. so! if you are in need of a business card  send me a message or email.

last on my “what the hell biebs has been doing” list i been playing Minecraft a very addicting game with a very addicting game play. you are The literal description: is a first-person, game created by one person, with crafting, building and exploration at its center.  Minecraft places you, alone, in a hostile virtual environment that is larger than the surface of the earth. You have no items, no weapons, and no knowledge. Your only goal is to survive. The world seems friendly at first, but as soon as night falls, monsters come out.

Render of my world what i have explored so far

The photo above is a render of what i’ve explored in my randomly generated world. as soon as i get some decent in game screen-shots ill post those.