i did some maintenance on the server tonight. I have been having some issues where you be walking along/running from creepers … and you would see some graphical glitches i wish i had a screenshot but essentailly i found out these appear becasue of what is called bad chunks, parts of the map that have for some reason become corrupt. what i think is causing it is the teleporting. so I’ve disabled that for now. then i found out that by using an application called mcedit its an application used to edit the maps i learn that be changing the spawn point it forces the server to reevaluate the bad chunks and rebuild then. so i’m giving it a try and see how long it lasts. also .. behold!  the mighty power of thor! 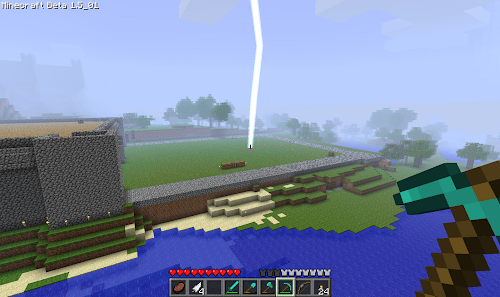 thats right i can wield the power of thor! ... i love my admin powers

One thought on “server maintainence …”